‘Over the heather the cold wind blows

I’ve lice in my tunic and cold in my nose.’

What a shock for those Roman legions when they invaded Britain and headed north, to realise that at almost any time of year it was somewhat chillier than the balmy Mediterranean.

WH Auden’s legionnaire reciting (probably not singing) his ‘Roman Wall Blues’ was no doubt too far down the pecking order to do other than dream of the warmth of his homeland. The more affluent members of the ruling empire made use of technology. What did they do for themselves to make life easier? Straight roads and underfloor heating.

With a dismal understanding of the benefits of insulation, one  way to ward off the winter chills was to build hypocausts (‘heat beneath’) a property heating system whereby warm air from a furnace could percolate through passages in walls and beneath floors. With the floors raised up by pillars of stone or tiles, it kept down damp and promoted hygiene. The system also served to heat the water in that most essential of Roman social inventions – the baths.

Many examples of hypocausts survive throughout Europe, North Africa and Asia. In England, there are remnants at various Roman sites: the villas of Withington (only discovered in 2005) and nearby Chedworth (unearthed in 1864) in Gloucestershire .

And at Chester, a Roman city built in the first century AD, one can view the hypocaust (also revealed in 1864 – a good year) beneath a branch of Spud u Like (no jokes about baked potatoes).

There may be other hypocausts awaiting excavation in such Roman settlements as Colchester and Chichester.  What remains certain is that, like so much from that progressive  empire, the Dark Ages in Europe brought about a halt to such simple but effective technology. The concept of underfloor heating reasserted itself during the 20th century and today’s floors have a wide choice suited to tile, stone or timber.

Heating a wooden floor has an obvious drawback in that timber contracts as it dries out, forming gaps and possible distortions. Engineered boards with their covering of veneer are more resistant to this than their solid counterparts, but the appropriate underfloor heating can work with the latter.  Just make sure you choose carefully!

And when your floors need a makeover..? Sanding and sealing can be performed on floors with long established heating systems. So have no fears.

Call in the experts when you want pleasure to your eyes to complement the warmth of your soles.

Compliments
7 Good Reasons to Choose us 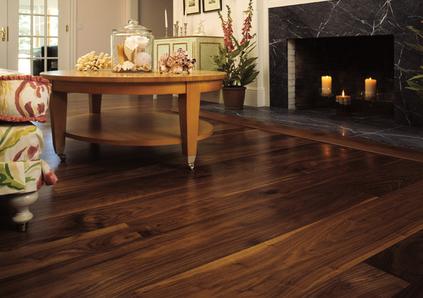