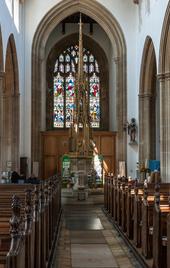 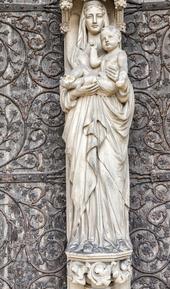 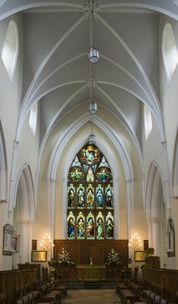 A medieval church had both a physical and functional division. The chancel was a sacred space: the realm of the priest where the mass was celebrated. The nave was the secular body of the church occupied by the people.

In the front of the chancel, the centrepiece of a pre-reformation church was the rood - an effigy of Christ hanging on a beam. Not surprisingly, this was one of the first items to be destroyed by puritan iconoclasts: they raged against both the way it divided clergy and laity - and what they viewed as popish graven images.

But if the roods have gone, the remains of the rood loft (or gallery, where musicians once sang) and stone stairways are still visible in some churches.  More common are wooden rood screens - in great variety comprising carved and painted panels, doors and fan vaults. These usually mimic the stone tracery in the windows of the same period.

Medieval carpenters and painters from the 14th century onwards lavished their attention and skills on these screens. Indeed, the very best are not only the glory of English church woodwork but among our greatest works of art on accessible public display.

The two main areas for painted screens are Devon and East Anglia.

Earlier versions are often square headed with incurved (ogee) tracery.  Painted in red, green and gold, they are carved with flowers, birds and animals – everyday and grotesque.

A typical example is in the surprisingly grand - yet sadly now redundant - church of Torbryan in south Devon. Its screen - with splendid figures of painted saints - spans the width of the nave from aisle to aisle.

East Anglian Screens are higher, lighter and with bigger figures. The magnificent church at Southwold in Sussex has beautiful 15th century panels of the apostles in gold.

Lavenham in the same county is a justly famous wool church of around 1500. Its screens measure up to the high quality so apparent without and within. Particularly rich and elaborate are the parclose screens to the chantry chapel built by the local wool family of Spyring.

Later work is exemplified in the screens within the chapels of Oxbridge colleges. To enjoy the simple glories of dark oak, however, go to the village of Folke in north Dorset. Its delightful church - built in 1628 - has a screen with three bays topped by an impressive scroll. A smaller matching screen guards the entry to the north aisle.

Painting saintly figures on your wooden floors is unlikely to be among your own ambitions - yet keeping the floors in their natural beauty probably is.

Call on the experts to preserve this happy state of affairs! 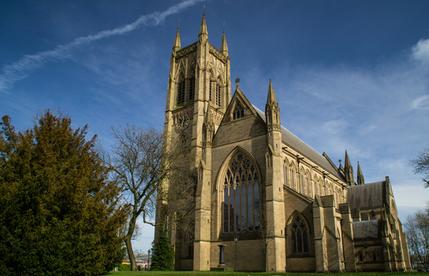