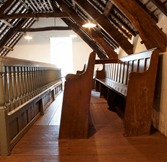 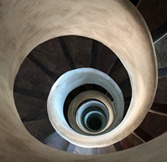 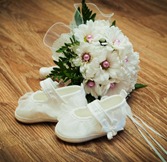 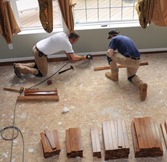 Yews are a common sight in an English churchyard. Their popularity certainly dates from pagan times, with their evergreen presence symbolising eternal life. Old yews are most prevalent in Wales and Southern England. The famous specimen at Gilbert White’s Selborne in Hampshire blew down in 1990 and an altar from its timber now lies inside the church.

In 1307, Edward 1 ordered that yews should be planted for shelter against storms and winds, with their poisonous berries deterring the entry of livestock into the churchyard. The most impressive collection is at Painswick in Gloucestershire – although the number now exceeds the legendary limit of ninety nine!

Go inside an old church and the variety of wooden structures and features on display shows the huge value of timber. Many churches retain a medieval door or two, often of massive oak and, if you’re lucky, with its original lock and enormous key. Some are now preserved inside the church.
The 14th century door at Dartmouth in Devon is of rich dark oak with decorated iron work depicting leaf scrolls and leopards. The lonely Norman church at Little Hormead in mid Herts has an original 12th century north door with decorative strap work that includes a dragon and a bird.

These doors offered the medieval ironworker an opportunity to demonstrate extreme skill and craftsmanship. The south door at Eaton Bray in Beds is notable for the intricacy of its exquisite iron decoration: covered in foliated scrolls. And we even know the artist: Thomas of Leighton who designed the grille to Queen Eleanor’s tomb in Westminster Abbey.

The oldest door is reputed to be at Halstock in Essex. It dates from Saxon times and has traces of human skin under its studs: the contribution of a Danish invader who was flayed alive for his pains. A church was obviously not always a place of sanctuary. Today’s visitors are rather more welcome.

The font was traditionally kept at the west end of the church by the door to symbolise the entry of the child into the family of God. Some old fonts have the remains of iron fittings for their cover, a necessary precaution from the 15th century to prevent the theft of holy water for superstitious purposes.

Simple wooden covers usually date from the 17th and 18th centuries but a few fonts don’t stop there. Lying in the shadow of Stansted Airport, the font at Thakeley in Essex has a tall cover with lavish arches and pinnacles. The magnificent church at nearby Thaxted has an enormous wooden cover of traceried panels that engulfs the entire font, stem and base.

But the most spectacular of all font covers must be that at Ufford in Suffolk. A truly mind-boggling affair that reaches up to the ceiling: weighted by a counterpoise, it telescopes into each part when the font is required for use.

One can only marvel at such medieval ingenuity, and the desire and patience required to create such an extravagant feature. Your wooden floors by comparison are simple affairs, with no moving parts. Unless of course, you have wobbly boards or blocks!  If age and wear have led to this, the solution is at hand.

Call out the experts! 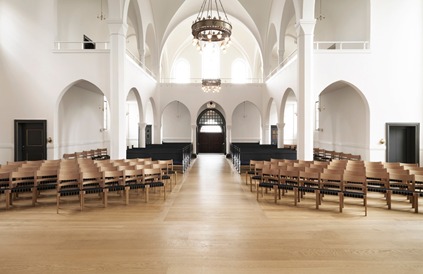