Of all the wooden features within an ancient church, the most splendid is often the roof (a stone roof is called a vault) – in whose construction English carpenters excelled, adding details of enduring interest and great beauty.

Open timber roofs – always of oak – developed from the 13th century, becoming higher and more pointed. One of the most basic and soundest structures is based on the tie-beam – a length of timber that spans the width of the roof at intervals.

A king post is a common feature in small village churches in SE England such as  Lyminster, near Arundel in West Sussex. This is an upright timber that rises from the tie-beam and supports the roof in the manner of the main pole of a tent. A queen post is composed of two smaller posts side by side.

From these basic constructions have developed the elaborate roofs that grace so many of our churches – originally ablaze with colour and still festooned with elaborate carvings and bosses.

Regional designs include the wagon roof of the west country, barrel shaped and composed of plastered panels. The most splendid is at Shepton Mallet in Somerset with its 350 brightly painted panels – none of which is repeated.

In the same county, Somerton has an ornate roof, including the carving of a cider barrel, while Martock has possibly the best of all. Dating from 1513, with open winged angels gracing both sides of each beam, it is a ‘striking and daring piece of carpentry’, to quote the guidebook.

In East Anglia, the hammerbeam roof is an important variant. In this case, the main arch of the roof springs from horizontal posts that project from the walls.

Most elaborate of all is the double hammerbeam with its posts of two stages, thus creating the magnificent roof of Woolpit in Suffolk and the astonishing achievement of March in Cambridgeshire. That great church lover and champion, John Betjeman, was moved to write of the latter: ‘Worth cycling forty miles through a headwind to see.’

With its hundred beautiful carved angels, there is nothing quite like it.

Small figures of people and animals, sometimes too high up to view properly, also allowed the medieval woodcarver to indulge in creativity and fun. And not always small! The twelve huge figures adorning the famous roof at Bere Regis in Dorset are supposed to represent the twelve apostles - though their quasi comic persona may suggest some local characters were the inspiration.

Subject to rot, fire and death watch beetle, many roofs have had to be repaired or replaced over the centuries. Yet originals can survive in even the simplest medieval church, in the aisles or even the porch. So it pays to look up and admire the resilience of English timber.

And when you go back home and look down, does your wooden floor require some TLC?

7 Good Reasons to Choose us
Compliments 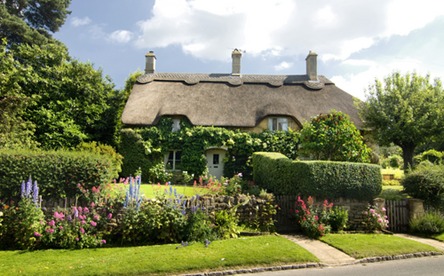