PLANT FOR THE FUTURE

They all just grow, right..? Everywhere, more or less, at least in the UK, so why not cut them down, use their honest timber and allow new growth to colonise the bare areas?

There are times when such a laissez-grow approach could get a country into trouble.

During the17th century, a period when Britain was subject to wars within the country and maritime threats from the Dutch, John Evelyn wrote an influential and famous book.

‘Sylva - a Discourse of Forest Trees’ (1664), as well being a practical book on arboriculture aimed at gentlemen landowners rather than foresters, made an impassioned plea to plant forests for the navy. Evelyn - diarist, gardener and founder of the Royal Society - was a man of vision (inspired no doubt by being part of an enterprising dynasty – his grandfather introduced gunpowder to Britain).

He was a pioneer consultant on creating a garden of trees, along with the concept of an ‘avenue’. By translating gardening ideas from the Continent, he helped to lay the groundwork for the flowering of the English landscape garden during the 18th century.

Official recognition of the need for a national tree planting policy took rather longer. It wasn’t until 1919, after the ravages of the Great War, that the government woke up to the fact that only 5% of Britain’s forest cover was remaining. The industrial growth of mines, quarries, factories and ironworks had eaten into our woodlands.

The Forestry Commission was tasked with acquiring land and planting trees, to the extent that, twenty years later, it had become the country’s largest landowner.

After World War Two, the Commission became notorious for its encouragement of fast-growing commercial conifer plantations on poor soils. The Sitka Spruce became a byword for an ecological desert, where rows of identikit trees covered hillsides where few birds, insects and mammals could flourish.

Reacting in part to the pressure from conservation lobbyists, the Commission widened its remit to include research and recreation. It now promotes tree planting on private and public land, as well as the protection of established woods and forests. The need for commercial timber and conservation of wildlife habitats is no longer viewed as a conflict of opposites. Biodiversity is the watchword.

The Commission has had to weather the ravages of Dutch Elm disease, the Great Storm of 1987 and a recent threatened privatisation. Its sites now enjoy a range of broadleaved trees that encourage wildlife – and are open to the public for education and recreation.

As for floorboards, in todays’s globalised world they can be sourced from way beyond our shores. Nonetheless, whether displaying tropical splendour or good old British oak or pine, it pays to make your existing timber surfaces last longer.

Call in the Experts and bring back their good looks by sanding and sealing! 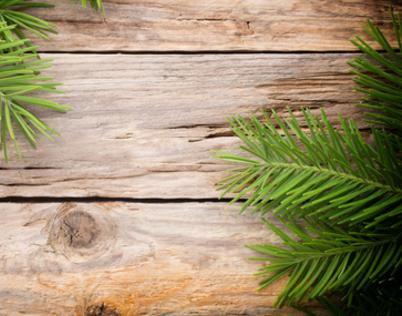