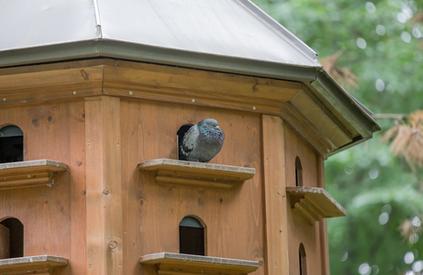 7 Good Reasons to Choose us 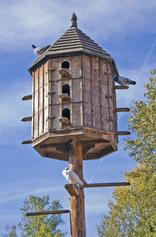 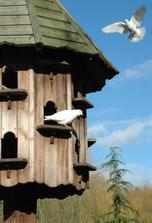 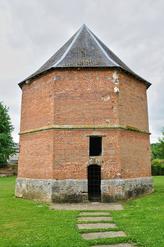 A gratifying number of medieval and later dovecotes survive in the UK - some free standing; others as part of more modern buildings.

Many match their original occupants for beauty and charm - epitomising the ideal of a building as one whose function is matched to its design. Dovecotes are recorded in the Domesday Book and by the mid 1600s, over 25000 existed in England alone.

Dovecotes were the preserve of the rich: built for the aristocracy in the grounds of castles and manor houses. They functioned as a kind of ‘living larder’ – providing a supply of eggs and fresh luxury meat in winter.

As the young birds - squabs - had never flown, their flesh was especially sweet and tender. Feathers were also used for mattresses and the manure for its traditional fertilising benefits.

They fell into disuse as they became expensive to maintain during the agricultural depression following the Napoleonic wars.

You may not be able to take a peek inside but in the larger versions you would see an elaborate wooden framework, known as a potence. This is in effect a revolving ladder to enable ‘harvesting’ of the birds. A job requiring someone with both no fear of heights and a set of strong lungs...

Several dovecotes are on view in National Trust properties in the Midlands:

Willington in Beds dates from the 16th century and once had space for 1500 birds.
Two 17th century gems near Worcester are Hawford and Winchenford. Both are small but highly attractive white-plastered, half-timbered buildings.

Kinwarton near Alcester is an impressive, circular brick building that retains its original potence within.

Netheravon Dovecote is an elegant rectangular building - an English Heritage property north of Amesbury in Wilts.

Even more impressive is the grand dovecote within the grounds of Carew Manor, on the edge of Beddington Park in the London Borough of Sutton. (Yet another place associated with Thomas Cromwell, who had Nicholas Carew executed in 1538.) Tours are available so you can look inside.

Originally dating from the 1300s and rebuilt in the early 18th century, the honeycomb-like interior has holes for 1360 birds.  Such a large structure would have far exceeded the needs of a family, implying that it could have been run as a commercial operation.

The timber in your wooden floors has the potential to be far more than merely sturdy and functional.  If renovated and well-maintained, boards or blocks can enhance your home or workplace with their beauty.