MAKE WAY FOR THE PREACHER

Of all the wooden features in an old church, the pulpit is the centrepiece. About one hundred of pre-reformation date have survived – usually long and slim on a slender stem.

The most elaborate craftsmanship of carvings and tracery is found in Devon and also in Somerset – where Long Sutton has a glorious painted pulpit of 1455, its sixteen sides filled with restored figures of saints.

Pulpits of dark oak came into their own during the so called Jacobean and Carolingian period of 1600 -1640. Many still retain their original sounding board or tester – often placed as high as the ceiling. The unspoilt interior of Croscombe, Somerset contains a feast of wooden fittings: benches, screen and attached lectern – dominated by a highly decorated pulpit dated 1621.

Otherwise humble village churches can spring a surprise on entering, especially when they retain the imposing three decker pulpit with its attached reading desk or lectern - and a prayer desk for the clerk who uttered the responses. These reflected the emphasis away from the sacraments (in the chancel) and towards the ministry of the word (a sermon for the people in the body of the church).

Stanstead Abbotts in East Herts retains its three decker and box pews, while, a few miles north, Little Hadham has ‘1633’ carved on its three decker, installed in response to a report recommending a ‘decent pulpitt for the minister to be seated in the south side of the church’.

Many of Wren’s City of London churches have rich wooden pulpits often carved with fruit, flowers and angel heads. During the 18th century, the ‘auditory’ church was developed in great variety from a simple box to circular design – enabling the pulpit and altar to be seen from any position.

A good Georgian example of a preaching house is St John’s Chapel in Chichester.  Built in 1813 as a proprietary chapel (to cater for human overflow in other churches), it has the ambience of a theatre, dominated by its sombre pulpit of American black birch. Pity the poor congregation who sat for hour long sermons!

Surviving medieval wooden lecterns are hard to find. Newport in Essex has a swivelling 15th century example. An eagle with outstretched wings to hold the Bible was a popular design. The oldest is found at at Ramsey in Cambridgeshire while the best is the imposing eagle on an orb at Ottery St Mary in Devon.

Your own wooden floors won’t need to bear the weight of a three decker although  your guests can enjoy their beauty from any angle.

Keep them in good condition with the help of Floor Sanding! 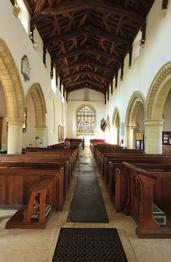 7 Good Reasons to Choose us
Compliments 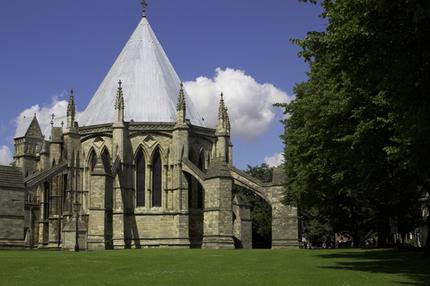