Ah - the childhood joys of balsa wood..So light, so easy to cut and when the model plane refused to soar, it was a matter of adjusting that weight on its little nose.  Just be careful with that Stanley knife, if that sharp blade is not nowadays deemed to be unsafe clutched between youthful fingers.

Yet balsa comes from a South American tree that is classed as a hardwood.  And that stalwart of the churchyard, the yew, with its hard and durable timber, is definitely a softwood.

So these generic terms are clearly nothing to do with the density of the timber.  Softwoods come from conifers with needle-like leaves which reproduce by cones that bear naked seeds (gymnosperms). Hardwoods are broadleaved trees that form part of the great class of flowering plants or angiosperms - whose seeds have some kind of protection or covering.

Conifers have been around since the Carboniferous period of 300 million years ago, while flowering plants are relative newcomers from the Cretaceous - a mere 70 million years past when the dinosaurs were at their zenith.

Although common and familiar enough in the UK from pines, firs and spruces, the 600 odd species of conifers are confined to the northern hemisphere.Tropical hardwoods abound - mahogany, teak and ebony come to mind - and worldwide account for a hundred times more species than the softwoods.

Apart from their leaves, their main distinction lies in the nature of their timber.  Under the microscope, hardwoods are far more dense and complex in structure, with specialised pores for water transport, while conifers rely on bundles of vascular tissue resembling straws.

Conifers (such as the giant redwood of northwest USA) tend to grow taller than broadleaves and at a far quicker rate. Thus their timber tends to be cheaper as several species present an attractive commercial proposition that can be harvested at 25-30 years and replanted. Contrast this to the lumbering growth of an oak or yew that is definitely spreading its roots in terms of residence for centuries.

Most softwoods have a lighter hue to their timber and – as many a wooden settlement discovered to its cost – their high resin content makes them more vulnerable to the risk of fire.

Softwood is easier to work but the hardwoods score for strength, colour and variety of grain. As for floorboards, the more open texture of softwood timber allows for an easier absorption of stains, but modern techniques can make a great job of creating a new look for hardwoods as well.

Whatever their kind of wood, your floorboards can all be sanded and restored to further their useful life and bring back the natural beauty of their grain.
Call the experts to see how yours can enjoy the next phase of their life! 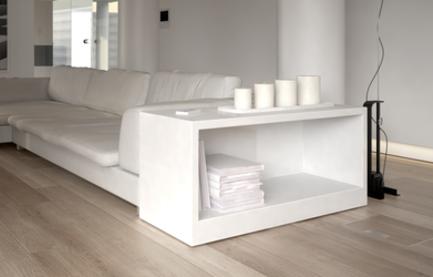