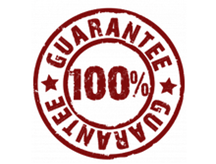 Aesthetic considerations towards the interiors of our properties have varied considerably over the centuries.  Whether living in castles or humble hovels, it’s doubtful if our ancestors in the Middle Ages - relying on straw layered over compressed mud - were ever bothered about the appearance of their floors. The smell probably overwhelmed everything - given the beastly company of goats, cattle and pigs.

The very concept of a floor surface to both look beautiful and be performing a useful function would have been as alien as eating with a knife and fork.

Things hadn’t improved much by the 18th century - at least in Scotland when Dr Johnson made his tour of the Highlands in 1773. At a house in Skye, he reported: ‘I undressed myself and felt my feet in the mire. The bed stood upon bare earth, which a long course of rain had softened to a puddle.’

The Romans, as usual, were ahead of the game. Many impressive examples of their mosaic pavements survive – as at Titchfield Abbey in Hampshire. The rich and the church could afford the luxury of class along with a solid surface. Winchester Cathedral boasts the finest collection of decorated 13th century tiles in the country.

The aristocracy favoured marble in their palaces but a major and enduring flooring development occurred at the Palace of Versailles in the late 1600s. Marble is certainly beautiful and highly durable, but the floors required constant washing, which eventually caused the underlying joists to rot.

Hence the bright idea of constructing a floor from small strips and blocks. The parquet floor is not only practical, breathable and easy to keep clean, each section is easily replaced when damage or wear make this a necessity.

And the artistic patterns allowed great variation in mosaic, zigzag and herringbone. Expensive - with the required high degree of craftsmanship from hand-cutting of the timber. Yet the development of mass-produced blocks in the early 20th century enabled parquet to spread into schools, offices and middle-class dwellings. A popularity that lasted from the 1930s until the 1970s.

Admittedly, a worn, grubby parquet floor is a distressing sight, as many a school assembly hall can testify.  Yet there are ways of keeping a large area in an attractive condition. Our outer London suburban house - built in 1937 – had a parquet dining room  partly covered by a carpet. My father may have only had to varnish the periphery two or three times in thirty years. Once the smell had dissipated, the glossy pure grain on the blocks was a joy to behold.

Whither the next flooring revolution?. Beyond the sham charms of laminate, it may be surprising that a new surface excelling in hygiene, durability, pattern and colour has not been invented. Or is it? A wooden floor is simple, natural and a thing of beauty. It both looks and feels right – a direct connection to the natural world from which so many of us have become estranged. It not only brings the trees of the forest into our property but can expand or contract with the seasons – an authentic delight or unsightly nuisance depending on your point of view.

And there lies the nub: a natural wooden floor offers so many possibilities.  Next time we’ll look at some of the current popular ways. 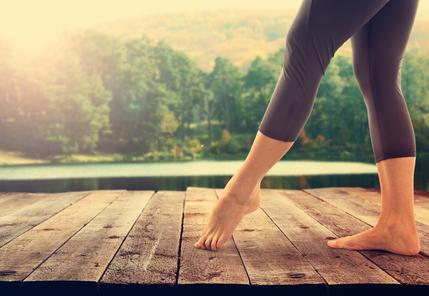